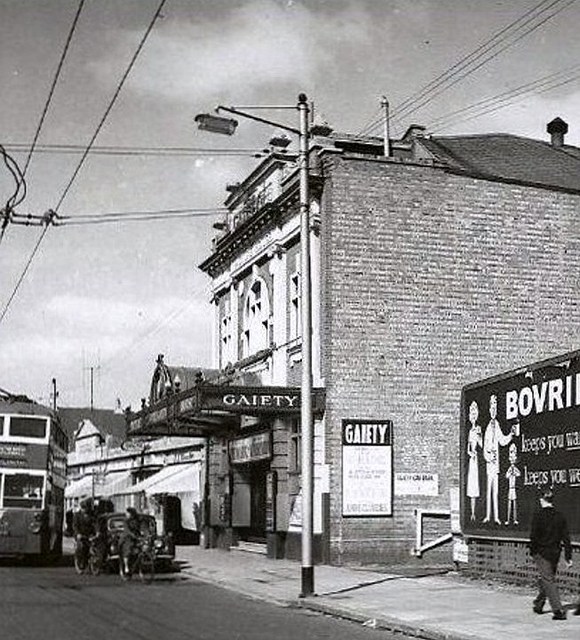 Located in Southsea, close to Portsmouth, Hampshire. The Gaiety Picture House was opened on 12th February 1924. It was designed by architectural firm A.E. Cogswell & Sons with a seating capacity for 1,050. In January 1926 it was enlarged to 1,380 seats. In October 1931 it was leased to Regent Cinema, a subsidiary of the Associated British Cinemas(ABC) chain. They operated it until 1935. It was taken over by an independent operator in August 1938.

The Gaiety Cinema was closed on 31st January 1959 and was converted into a supermarket. The front of the building has been altered and by 2015 it is in use as a Co-Operative Food Store.