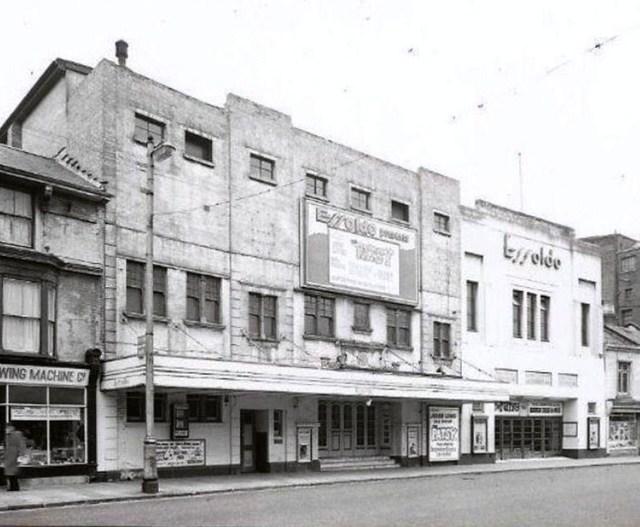 Located in Southsea, near Portsmouth, Hampshire, just to the rear-side of the King’s Theatre. The Apollo Electric Theatre was opened on 6th April 1912 with 500 seats. In 1916 it was enlarged to a 1,250 seat capacity. In 1929 it was equipped with a RCA sound system.

It was enlarged again in 1936 to the plans of architect Robin A. Thomas and re-opened on 1st August 1936 with 1,455 seats. A former chapel next door had been incorporated into the building and became its new entrance. Now known as the Apollo Cinema, on 26th December 1937 it was taken over by Associated British Cinemas(ABC) chain.

On 26th December 1949 it was taken over by the Newcastle based Essoldo chain, and was re-named Essoldo in November 1950.

It was taken over by the Classic Cinemas chain on 2nd April 1972 and was re-named Classic. It was closed on 29th November 1975. The building was demolished in 1984 and a block of luxury flats and retail units named Keyes Court was built on the site.