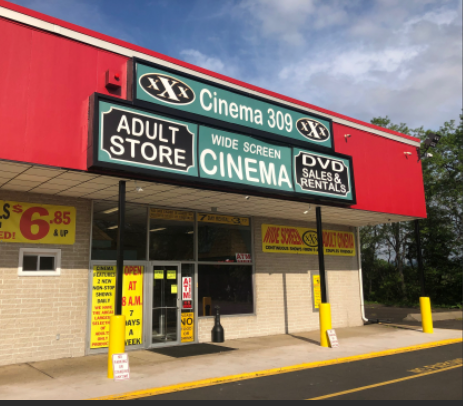 On February 10th, 1971, the Cinema 309 was launched by a cooperation of Hallmark Releasing Corporation and Cinecom Theatres. The opening movie was “Doctors' Wives” starring Dyan Cannon. It late began showing adult films and continues to do so in 2022. On September 23rd, 1973, the district attorney halted the screening of “Deep Throat.”

A google map search can provide that answer..