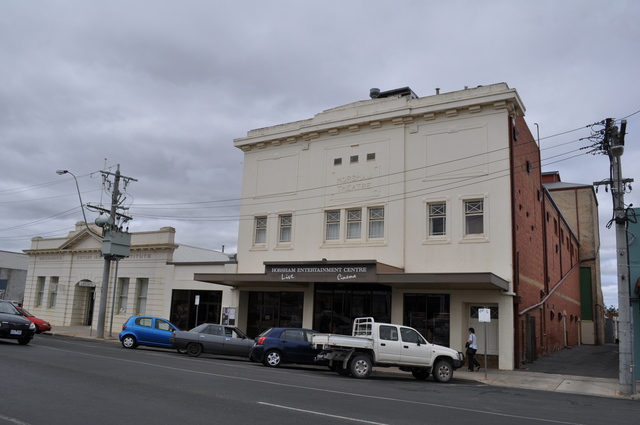 Located in Horsham, a town to the west of Melbourne. The Horsham Theatre was opened in the 1920’s, with 954 seats, which were located in stalls and balcony levels. It briefly became the St. James Theatre, before reverting back to its original name.

Today it operates as the Centre Cinemas, with seating for 286 in Screen 1 (using the original auditorium). In the adjacent Mechanics Institute building which dates from 1873 there are 72 seats in Screen 2 and 37 in Screen 3.