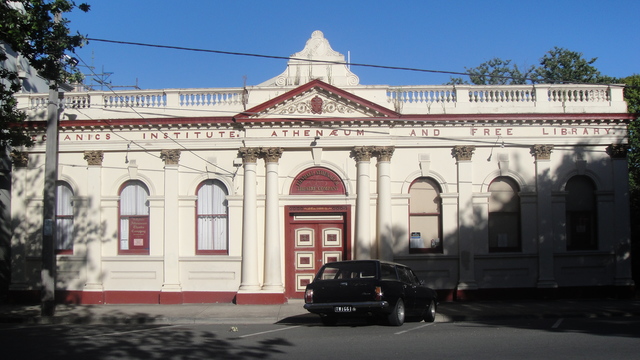 Originally built as the Athenaeum, the interior was re-modeled in the 1930’s in an Art Deco Style. It then became the Civic Theatre and was screening films, which lasted until at least 1952.

Today the Civic Theatre operated as a live theatre for this district to the extreme outer north-east of Melbourne.