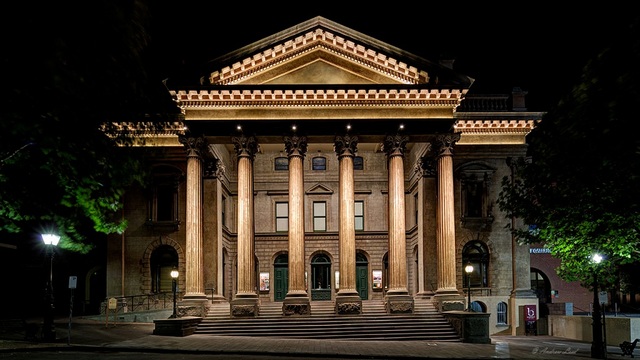 Opened as the Masonic Hall on 4th April 1890, it was used as a concert hall and ballroom. The architect was William Charles Vahland, who designed an impressive building out of granite stone, with six large Corinthian columns supporting the portico entrance.

It opened as the Capital Theatre on 21st October 1974 and the building was refurbished in 2000.

It is listed with the National Trust and Heritage Victoria.