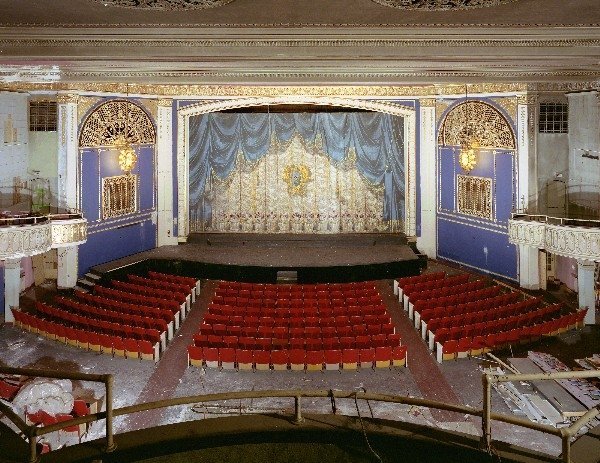 For 15 years, the theatre was raising funds and undergoing extensive renovations, which were completed in 2010.

within the last week, i’ve had a chance to visit the paramount theater in person, and it is now in service as a arts center and museum. i witnessed a truly beautiful theater/museum with my own eyes.

The Paramount (originally the Sherman Theater on Saint Germain Street) opened in 1921. It was renovated very extensively and reopened in 1998. It now has 700 seats from the original 1200 and is used many times a week now with various plays, musical and dance shows, among other sorts of entertainment. The arts center is flourishing too with regular classes and exhibitions. Also the offices of the local arts and playhouses are here. These include the Central Minnesota Children’s Theater, County Stearns Theatrical Company, and the Troupe Theater.

Kubrick’s Spartacus will be showing at the Paramount on April 10, 2009.

I’m planning to see Spartacus as I’ve only seen one film at the Paramount, a documentary. It’s a great venue for theater (saw Aladdin there last weekend) and I’m really looking forward to seeing a real movie in that setting.

Decorative tile for the Knights of Columbus Building (which included the Sherman Theatre) was supplied by the American Terra Cotta Company. The company’s archives lists the architect of the building as Leo W. Schaefer.

Their website indicates that the restoration has been completed!

February 28th, 1946 grand reopening as “Victory-ized” Paramount also in the photo section. It reopened on the 1st.