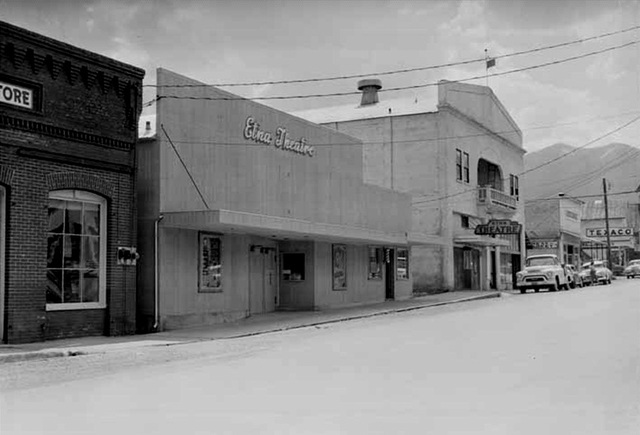 The Avery was being used for live performances a few years ago:
http://tinyurl.com/67vq24

There were two theaters named for the town of Etna. On June 19, 1956, Boxoffice reported that “The new Etna Theatre in Etna was given a festive opening Saturday (18). …it replaces the old Etna which has been closed.” The only other mention I can find of the earlier Etna Theatre in Boxoffice was in 1948, and I haven’t found the new Etna mentioned any time after the opening announcement.

The 1948 item says that the Etna’s operator, Don Avery, hoped to open a theater at Fort Jones by July 4. The 1956 item also mentions Don Avery owning a Del Rio Theatre at Happy Camp, where he had just installed CinemaScope. Etna, Fort Jones, and Happy Camp are all in Siskiyou County, in the far north of the state.