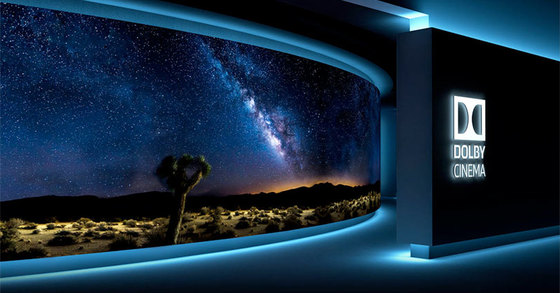 “This global milestone highlights the strength of Dolby Cinema, with more than 325 Dolby Cinema sites installed or committed,” said Dolby in a statement. “As well as amazing studio support with more than 100 titles released or announced.”

On the whole, this is a big victory for Dolby. The audio technology giant has plans to open up many more locations by the end of 2018.

At the present time, AMC has 77 sites currently open in the United States. By the end of 2018, Dolby and AMC look to open an additional 83 locations.

Not to mention, Dolby and the Wanda Cinema Group plan on opening a 81 Dolby Cinema locations all around China. Lastly, Dolby will be expanding their territories to Europe and the Middle East.

Through their partnership with Les Cinémas Gaumont Pathé, France will be getting 7 locations while the Netherlands will get 3. In addition, Austria will be getting some love as Cineplexx Cinemas plan to add 4 more locations across the country.

As for the Middle East, Reel Cinemas is planning on opening multiple locations throughout their portfolio of theaters.

So if you keeping count, Dolby is planning to open 250+ locations by the end of 2018. A huge jump considering they’re opening their 100th global location this month.

“It is very gratifying to see top filmmakers and industry creatives whose first choice is to showcase their work in Dolby Cinema,” said Doug Darrow, Senior Vice President, Cinema Business Group, Dolby Laboratories. “Audiences continue to embrace Dolby Cinema as well. The rapid growth of Dolby Cinema to 100 locations shows that movie lovers around the world are hungry for a truly immersive experience with state-of-the-art images and sound that make them feel like they are inside the story.”

AMC Rockaway will be next in the US come August 1.

I wish IMAX were also growing their number of locations. Right now movies at the only REAL IMAX near me often only play for a week. I have no experience with Dolby Cinema, so I can’t compare the two. But most areas have too many regular theatres, and not enough premium theaters like Dolby or true IMAX.

AMC Rockaway is the 101st location and is now open today.