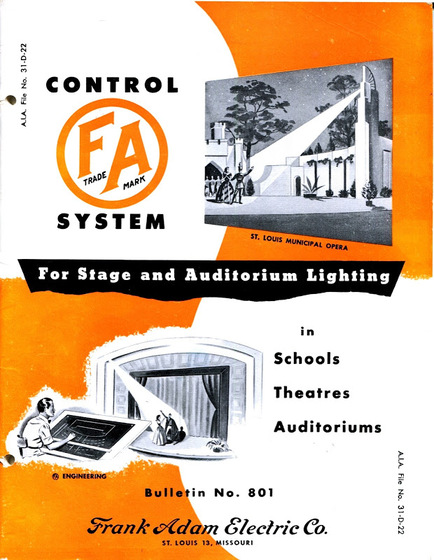 From Mr. Foreman – “Frank Adam Electric Company of St. Louis, known for its commercial fuse boxes, entered the stage lighting control field in the late teens, when they introduced the concept of pre-set ("pre-selection”) in the switching portion of their stage lighting Switchboards. (Dimming preset and proportional mastering made their debut in 1932, when the first electronic Switchboard was installed at Radio City Music Hall.)

“Pre-selection” became possible when Adam removed the high amperage switches from the stage Switchboard and replaced them with remote-controlled contacters, usually located in the basement beneath the board. The 1920 trade ad shows that Adam had not yet unified the dimming and switching portions of their Switchboard. The 1925 ad shows the typical unified Frank Adam Switchboard that was installed in hundreds of theatres, in collaboration with Major Corporation who furnished the lighting equipment.

Frank Adam and its chief competitor, Hub Electric of Chicago, continued to supply schools with Switchboards for fifty years after the 1929 crash put an end to Movie Palace construction. Both companies folded circa 1980, unable to keep up with advances in SCR dimmers and memory control.

At least two Adam installations are still in operation, including the Masonic Hall in Scranton, PA, (photo below courtesy John Cardoni and Rick Boychuk), and the Tampa Theatre."

Highlight and right click links to open in a new tab. 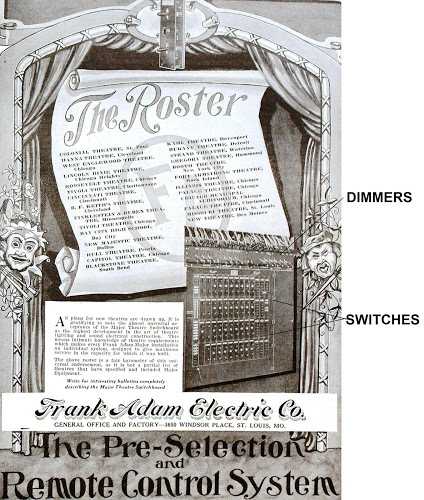 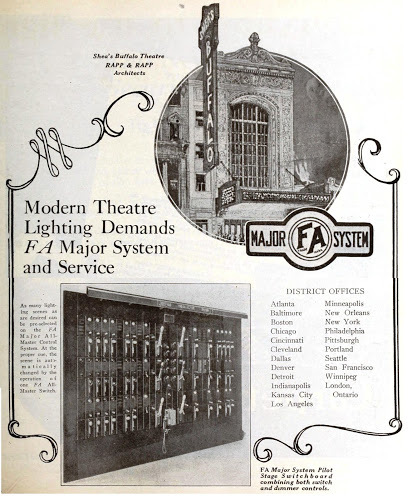 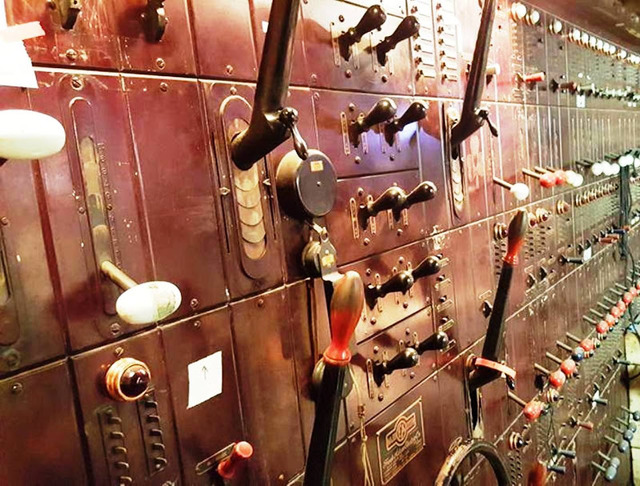 Thank you very much for providing the important information for me. I am working as an academic consultant in USA and offer excellent Homework Help services to college students.

Wondering how innovations such as these help mankind in the longrun..Here