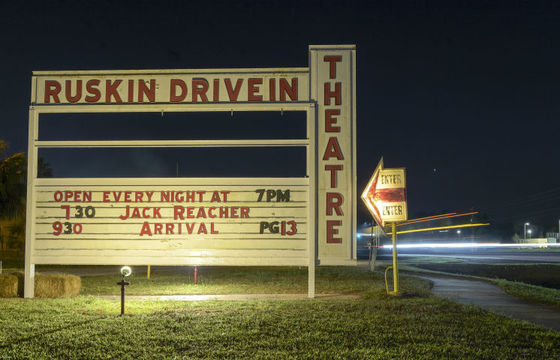 From the Tampa Bay Times: There’s a brand new Publix across the street, a McDonald’s next door and two movie theaters about 15 minutes north in Riverview.

While the area around it bustles with development, the Ruskin Family Drive-In on Highway 41 has remained a constant in south Hillsborough County since it opened in 1952.

“Our customers come from Bradenton, Sarasota, Port Charlotte, Venice,” Freiwald said. “If they’re going to drive by all those other theaters, they’re not going to stop for those.”

No, her biggest concern isn’t competition. Her customers are loyal. They like to sit outside in an atmosphere so family focused that her husband has been known to stop the movie if he catches someone sneaking a beer.

Rowdiness of any kind is forbidden. And at a time when tickets to an indoor theater with popcorn and drinks can set a family of four back $100, Freiwald works to keep prices low. For $24.99, one family of four ordered a large coke, two 12-inch pizzas, and two nachos. Movie tickets run $6 each for adults. Cash only.

“If you spent $40 here at the snack bar you wouldn’t even be able to eat it all,” Freiwald said. “Customers appreciate you looking out for their best interest and they come back for more.”

The biggest issue facing the Ruskin Family Drive-In is supply: The lineup of kids movies available has been running thin for the last several years.

“They don’t even make G-rated movies any more,” Freiwald said. “Everything is PG or PG-13.”

Her customers just don’t turn out when the movies are too violent, too complicated or sexual and that hurts business.

“Some people don’t even have kids, they just like the kids movies,” Freiwald said. “Customers will tell me they want to see more action movies but when I play them no one shows up.”

This year, the hottest kids movie of the holiday season is Sing, an animated, musical film starring a koala. But that’s about it. The second showing will be Almost Christmas, a live-action PG-13 movie about a family struggling to get along during the holidays.

A couple of years ago, Freiwald and all other theater operators had to come up with about $100,000 to upgrade to new digital projectors. She was able to make up the difference, but many drive-in operators weren’t. The Ruskin theater is now one of only about seven drive-ins in the state, Freiwald said. But the business is still going strong.

With space for 220 vehicles, there’s no more room to expand on the property. During peak season, like over the summer or during spring break, she has to turn people away because the lot fills up.

The Internet has made it easier for people to find the theater. And as it grows into more of a novelty, Freiwald said, she has seen an increase in European tourists seeking the old-time American experience.

But it’s the locals who have kept the business alive so long.

“I’ve been coming here my whole life,” said Chris Jordan, 47, of Ruskin, who had a front-row spot last week to see the new Jack Reacher movie with his 17 year-old son, 14-year-old daughter and his wife. “It’s kind of like you step back in time.” 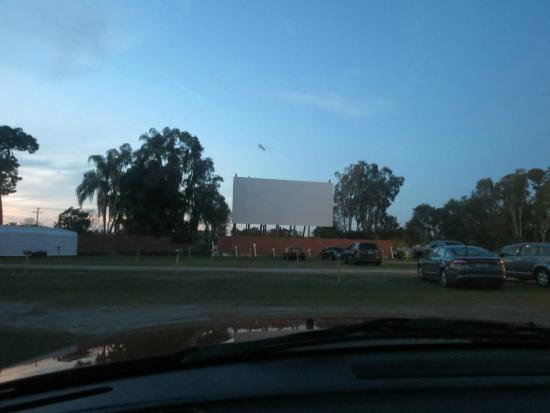