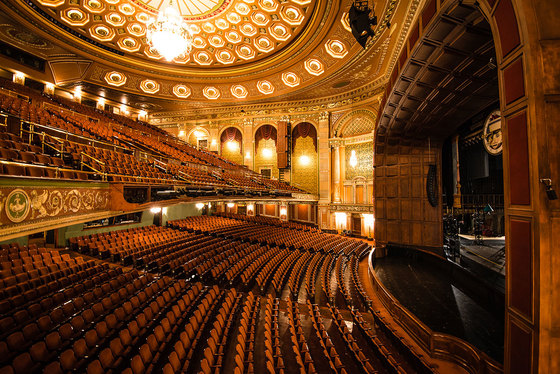 From Pittsburgh Magazine: On Feb. 27, 1928, the Stanley Theater — later renamed the Benedum Center for the Performing Arts — opened in Downtown Pittsburgh. The massive movie house was dubbed “Pittsburgh’s Palace of Amusement,” where guests could stay all day for 65 cents (reduced to a quarter for those arriving before noon). After decades as a mixed-use performance space and a stretch as the city’s most storied venue for rock concerts, the facility reopened in 1987, painstakingly brought back to its original grandeur; the restoration of the theater was the first major project of the then-new Pittsburgh Cultural Trust.

Thirty years later, the Benedum Center remains one of the city’s most iconic performance spaces. “It’s such a beautiful place to take in theater,” says Marc Fleming, the Trust’s vice president of marketing and communications. “Just the grandeur of it.” 4,700 lbs. The weight of the Benedum’s grand chandelier, including 50,000 pieces of colored glass. Nine Stories The height of the Benedum’s massive stage, which runs 140 feet side-to-side and 80 feet deep. It’s among the 10 largest theater stages in the country. 240 The number of performances in an average year. In addition to the Pittsburgh Cultural Trust, groups that regularly take the Benedum stage include the Pittsburgh CLO, the Pittsburgh Ballet Theatre, the Pittsburgh Opera and other for-profit and nonprofit groups. $43 million The cost of the theater’s extensive restoration. The aim: To make the new Benedum Center appear exactly as the Stanley did on its opening night, nearly 60 years prior. 2,880 The number of seats in the theater. Two boxes along the side aren’t counted; they’re purely for decoration (although a production of “The Lion King” did make use of them as an extension of the stage). ½ mile The length of brass railing within the theater. ‘Get Up Stand Up’ The final song performed by Bob Marley at the Stanley Theater on Sept. 23, 1980. It was the reggae legend’s final public performance before his death in May 1981. Stranded in the Balcony During the St. Patrick’s Day Flood of 1936, the theater flooded, with water cresting 2 feet from the balcony. Several men were trapped inside and reached the balcony but were stuck there for days; police eventually rescued them via motorboat. 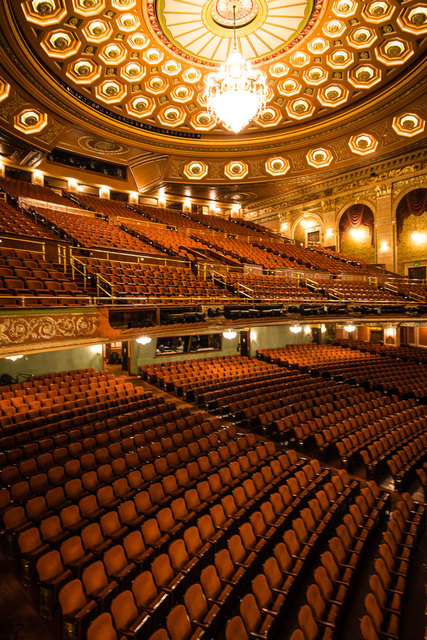