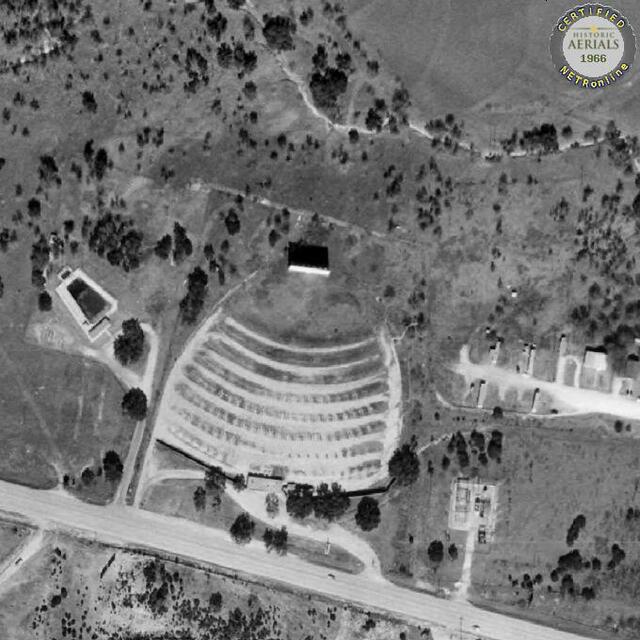 The August 16, 1961 issue of Motion Picture Exhibitor reported, “Bill Rau, who operates the Alamo Booking Service, is the new owner of the Holiday Drive-In and the Texas, indoor house, at Burnet, Tex., which he has acquired from Tommie J. White.”

A drive-in just west of Burnet on Texas Highway 29 was visible in a 1966 aerial photo. By 1983, the Holiday Drive-In had been razed. A motel occupies the site today.