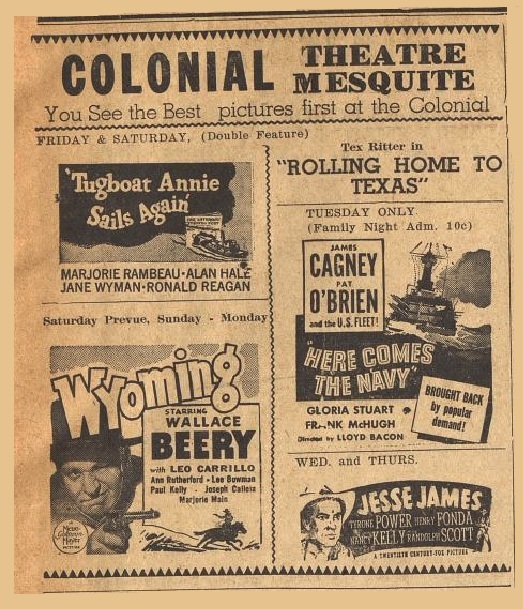 Roy V. Starling launched the Texan Theatre on July 25, 1941. The opening film was Alice Faye in “The Great American Broadcast”. The theatre was in the same location as the Colonial Theatre which burned April 20, 1941.

C.M. Anding had launched the Colonial Theatre there on October 17, 1935 with the film, “Broadway Gondolier” starring Dick Powell. Anding sold the 425-seat theatre on March 7, 1937 to Bernard I. Galitzki. The aforementioned fire allowed new owner Starling to expand the auditorium to 600 seats.

After approximately 50 years between the two theatre, the Texan Theatre closed. It became the Rodeo City Music Hall for live shows. It then became the Corner Theatre with live theatre and other events into the 21st Century but with just 300 seats.