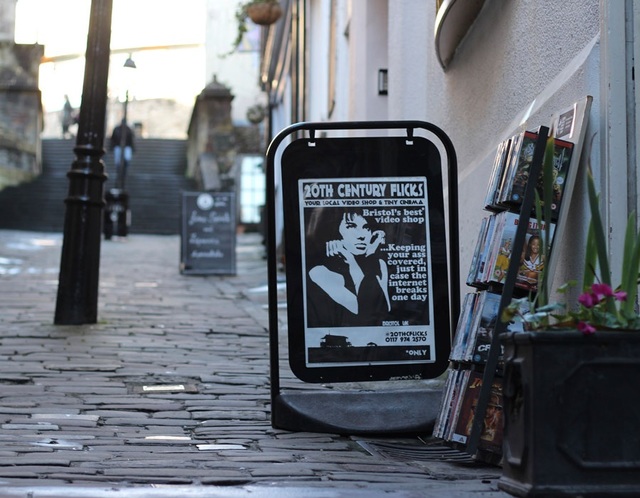 In Bristol, the 20th Century Flicks video rental store was founded in 1982 in the Redland district, before relocating to the nearby Clifton district. On 31st October 2015 the store moved to its present location at Christmas Steps, just off the city centre. Almost immediately, the 11-seat Kino was opened, using seats obtained from the nearby Hippodrome Theatre. This was followed, a while later, by the similarly furnished 18-seat Videodrome. Both auditoria are available for private hire, and provide income which usefully supports the rental business.

The store has a library of over 19,000 titles, including an extensive VHS range which is stored in the Videodrome.