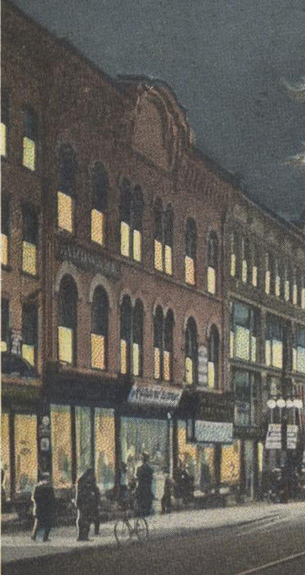 Originally called the Hippodrome Theater, and apparently opened on September 9, 1908, contemporary accounts and a 1958 reminiscence by a former projectionist agree that from its inception this was Binghamton’s first “talking” picture house, using an early Edison cylinder process to show silent films synchronized to a phonograph record.

The old building still stands today, and still houses a drug store - now CVS. The back parking lot is the former site of the Lyric Theater, which by 2021 has had a commercial building built onto it.

Still there in 2021. The site of the adjacent Lyric Theatre is no longer a parking lot; there is a new commercial building there.