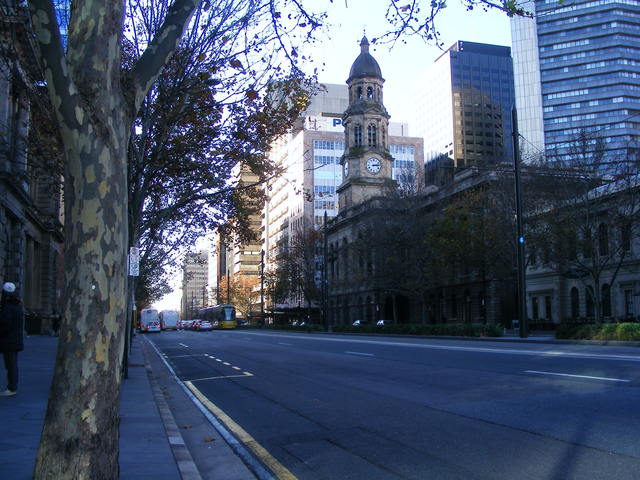 Built in 1866, the Adelaide Town Hall was designed by the eminent architect Edmund Wright, who was responsible for other heritage listed buildings in Adelaide. It is the oldest civic building in a capital city in Australia, and for a short time was the largest such building in the Southern Hemisphere. Now eclipsed in size by those in other state capitals, it is an intimate building which is acknowledged to be acoustically one of the five finest auditoria for symphonic concerts in the world. Its Hill and Sons organ was installed in 1877, and was replaced by the 1980 Walker, the largest mechanical action organ built in England for over 100 years. A statue of Queen Adelaide stands in the foyer, while overhead looms the clock tower, one of two almost opposite each other in the city’s main thoroughfare. It has a peal of 8 bells, while the General Post Office opposite has Westminster chimes.

In 1964 the largest crowd ever to greet The Beatles anywhere packed the 42 metre (138 feet) wide street below as they appeared on the Town Hall loggia.

In the silent era it was the venue for films shown by the Wondergraph Company before they built their cinema in Hindley Street.