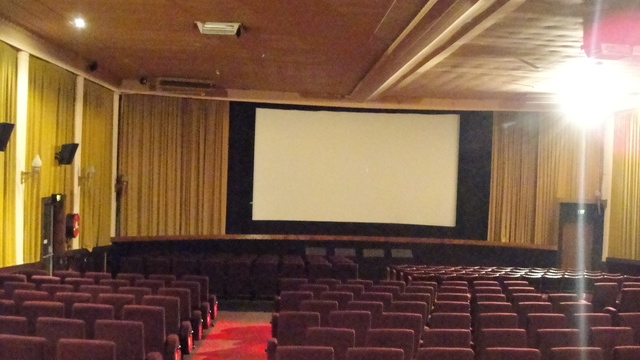 Located in Belgrave, on the eastern outskirts of Melbourne. The Cameo Theatre opened on November 22, 1935 with W.C. Fields in “David Copperfield”, and had a seating capacity for 498 in its single level screen. The theatre was designed in a restrained Art Deco style by the architectural firm Scarborough, Robertson & Love.

In 1987, two additional screens were built on adjacent land and it became the Cameo Triple. The original auditorium and one of the new auditoriums were equipped for 70mm presentations. Sold to Palace Pictures chain in 1991, they closed it in April 2003. It was reopened on December 26, 2003 by an independent who had added a fourth screen, which was in space that had previously been a cafe.

In December 2004, an outdoor theatre was opened at the rear of the building. This has 150 deck-chair seats. One month later, in January 2005, a fifth screen was opened in what had been office space.

The enthusiastic staff are very helpful, and appear to enjoy their positions in the Cameo Cinemas. It continues to play first run films in all its screens, including the Outdoor Theatre. The original foyer space is now a cafe/restaurant, and retains some original decorative features, as does the original auditorium, which has a curved screen and drapes on the walls, where there are decorative torch-like light fittings, which are not original to the cinema.