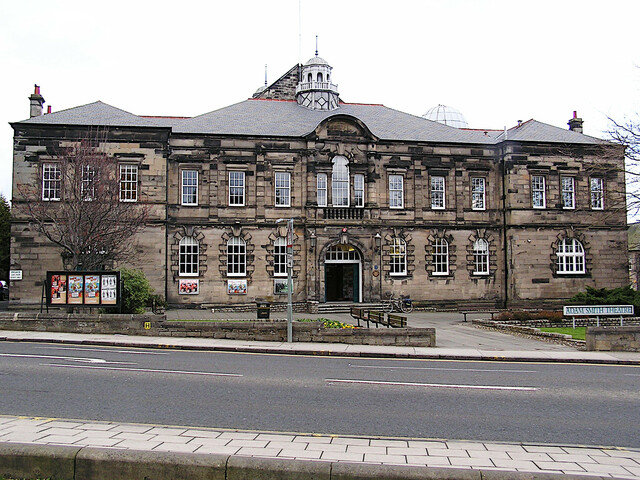 Located in Kirkcaldy, Fifeshire. The Adam Smith Halls were opened on 11th October 1899 by Andrew Carnegie. In 1913 it screened its first film “From the Manger to the Cross” starring R. Henderson Bland. It was equipped with an organ. In 1973 one of the halls was converted into a modern cinema/theatre. The venue is financed by Fife Council.

It was used as a Regional Film Theatre and when a live performance venue it hosts plays, variety, dance opera, one-night stands and children’s theatre. The 475-seats are on a raked floor. The proscenium is 32ft wide and the stage is 24ft deep. The orchestra pit can accommodate 30 musicians. There are 7-dressing rooms which can accommodate a total of 60 performers. The projection box was equipped with 35mm & 16mm projectors and there was a Dolby sound system, but the theatre no longer screens films. It was closed in 2022 to undertake renovations and a reopening is planned for June 2023.