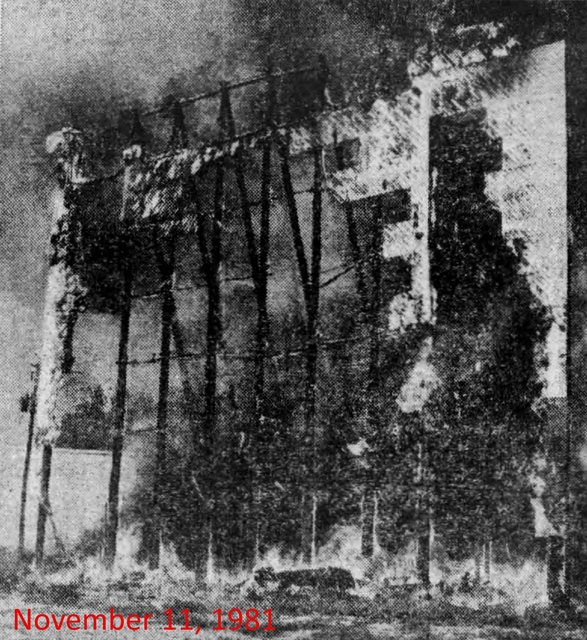 The Winter Park Drive-In opened on November 17, 1949, screening the 1949 musical “It’s a Great Feeling”, featuring Doris Day, Jack Carson, and Dennis Morgan. The new airer was opened by Harris Robinson dba Dixie Drive-In Theatres of Atlanta, Georgia. He had opened the Orlando Drive-In on February 7, 1940 and the Atlantic/Jacksonville Drive-In, in Jacksonville, FL, which opened on December 6, 1939. The new drive-in manager was Joe Lipson who was the manager when it opened and when it closed for good. In November of 1952, church services by the Central Christian Church of Orlando, FL were started. Dr. Paul C. Carpenter approached Joe Lipson and asked if he could hold open-air services at the drive-in. Lipson agreed and was quick to do all he could to cooperate and make it happen. In September of 1981, after the closing of the Winter Park, the Central Christian Church outdoor services were moved to the Colonial Drive-In. The last movies to be screened were Anthony Hopkins in “Magic” and Jan-Michael Vincent in “Damnation Alley” on February 22, 1979. After the Winter Park Drive-In closed, the 65 ft. tall wooden screen tower caught on fire in November of 1981. The firefighters just contained the fire from spreading to other homes and businesses.