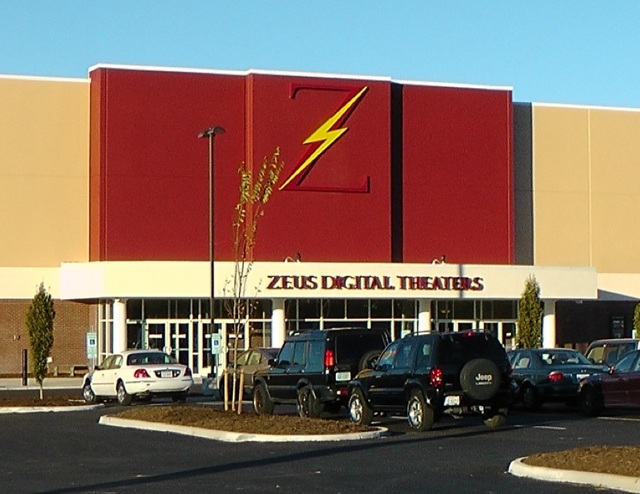 With 8 screens and 1,100 seats, the $6 million Zeus Digital Theaters opened on October 8, 2010. The New Virginian news noted that two of the screens are capable of showing 3D.

Adult and kid’s party rooms and private screenings are available for functions and celebrations.

Bill Hayes, the owner, is also the developer of DeWitt Crossing, a mixed-use development where the theater is located. Mr. Hayes said, “It’s going to generate at least $200,000 in tax revenue for the city. It’s going to spur additional revenue too. The best place to open a new restaurant now is right next door.”