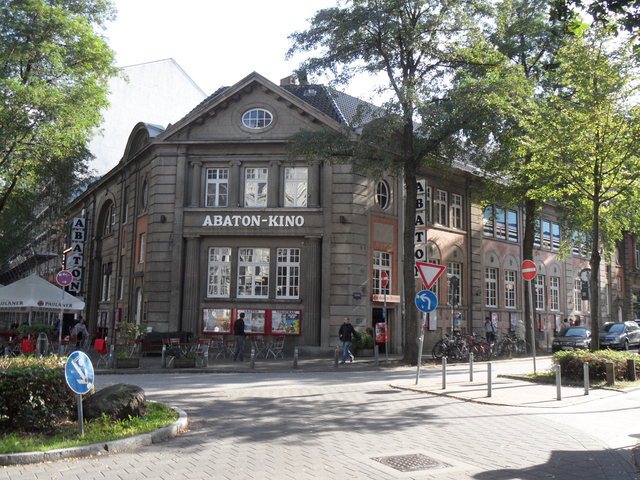 Reconstruction of a motor garage began in July 1970, and the Abaton Kino opened that October. A second, smaller auditorium was created in 1972 from space occupied by a cafe and record store. A third auditorium opened later. Seating capacity per screen is currently 288 (“Large” screen), 136 (“Top” screen) and 96 (“Small” screen).