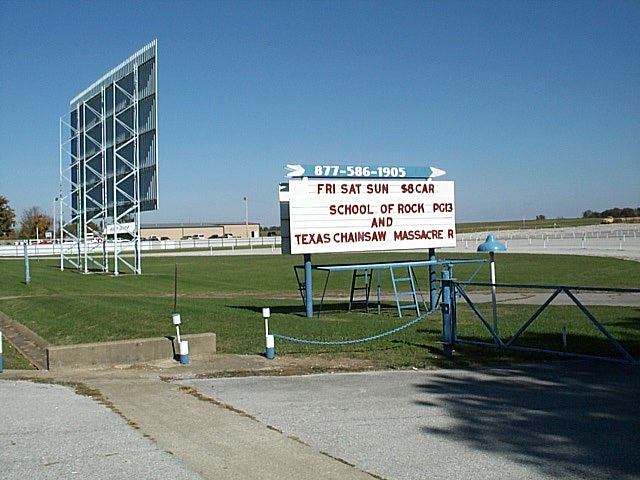 Here is a photo:
http://tinyurl.com/yfdhz7x

Te Franklin Drive-In opened in 1950. Car capacity is listed at 300. The drive-in has made the conversion to digital projection.

That’s a lower than normal marquee.

Articles in the College Heights Herald and The Tennessean both include quotes from the owner and a start date of 1969.

CinemaTour says the 31W was built “in the 1960s by Joe Rhoton” and later sold when his health declined.

OTOH, Movie-Theater.org (PDF) says that the Franklin Drive-In at this address was owned by “Jones, G. C.” from 1950-64. That’s a very specific note! Then again, the page also says that another drive-in, the 31-W, operated from about 1975-85, and that matches the possible dates for the old Franklin Drive-In on Russellville Road. Confusing!

This week’s Franklin Favorite includes the blurb that the Nashville Road Franklin DI “has been family owned and operated since 1969.”

“The theater is currently owned by Gary and Tina Price and Wayne and Judy Price Price and operates seasonally from March until October.”

First constructed on June 9, 1949, the Franklin Drive-In has an original capacity of 700 cars, and would later open its gates that mid-September.