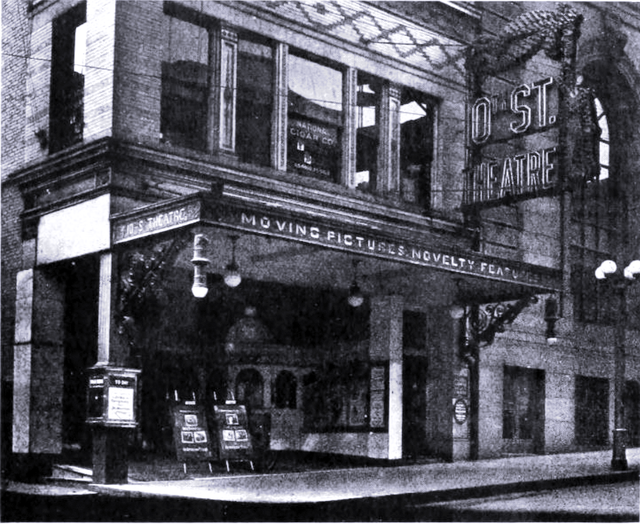 The 10th Street Theatre was opened in 1911. From 1918 to 1920 it was known as the Columbia Thetare. In 1937 it was remodeled to the plans of architects Besecke & Swanson. In the late-1940’s it was taken over by Commonwealth Amusement.

The 10th Street Theatre opened in 1911 as a 480-seat venue at 15 Tenth Street in Kansas City. Located close to a major streetcar transfer point, the theater made heavy use of streetcar ads. It appears to have a brief name change under new ownership to the Columbia Theatre in 1918 but new operators gutted the theatre and with entrance moved returning to the Tenth Street Theatre moniker on September 25, 1920 at a grand reopening now with 650 seats. In 1928, the theatre went to a homemade disc sound system that had poor results before equipping to improved sound.

In 1937, the theatre under Ed F. Burgan went for a streamline modern makeover by architects Besecke & Swanson. The new theatre now had 877 seats.