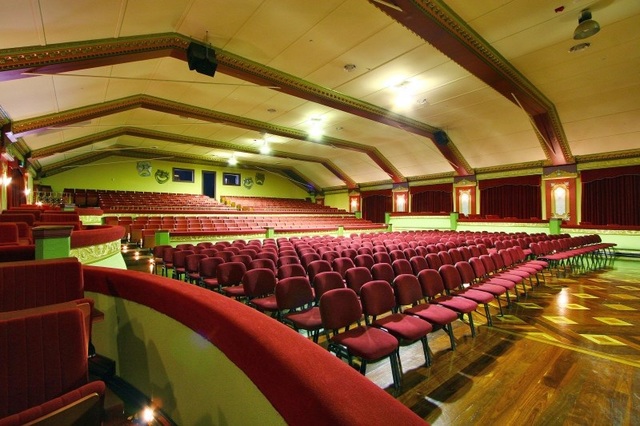 Located in the coastal town of Thirroul, to the north of Wollongong. The King’s Theatre opened on 22nd October 1922. The central section of the facade above the entrance was facade in a half-timbered style, with an apex, and contained the rear of the projection box which jutted out over the pavement. Seating was provided for 1,560, with 1,202 seats in the stalls, 248 seats in the circle, and a series of four boxes along the side-walls on each side of the auditorium.

The King’s Theatre was closed on 18th December 1985 with Stephen Boyd in "Genghis Khan" and Carl Gonzales in "The Little Ones". All seating was removed and a flat concrete floor was laid in the stalls area. The building became a roller skating rink, named Skateland in April 1968. This use lasted into the mid-1990’s.

In recent years, the theatre has been brought back to use as concert and live performance theatre. It was renovated and re-opened in 2007 as Anita’s Theatre, after the name of the current owner’s late wife.