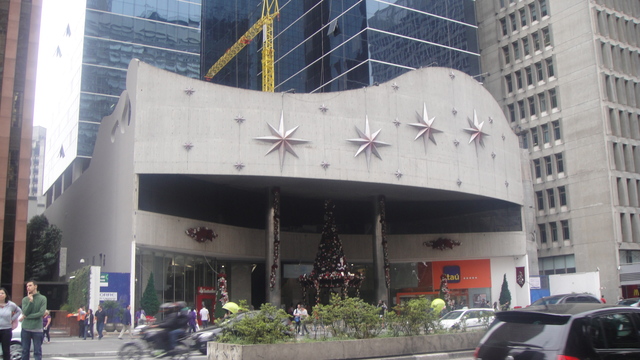 Located in the up-market Jardim Paulista district of Sao Paulo. The Cine Bristol opened on 25th May 1970, originally a 3-screen cinema. It showed first run American films. In 1971 a second theatre, the Liberty Theatre opened on the other side of the mall. Both theatres were demolished in 2003.

A new 5-screen theatre, named Center 3 was built on the site of the Cine Bristol.

The Bristol theater was opened May 25th, 1970, in the Center 3 mall. One year later, a second theater opened on the other side of the mall, the Liberty theater.

In the late-90’s, both theaters were closed and completely demolished. In 2003, a new, 5-screen complex opened. It was later refurbished and reopened in 2016 with a new name, Center 3. Screen 1 features the XTREME technology, similar to Cinemark’s XD screens.