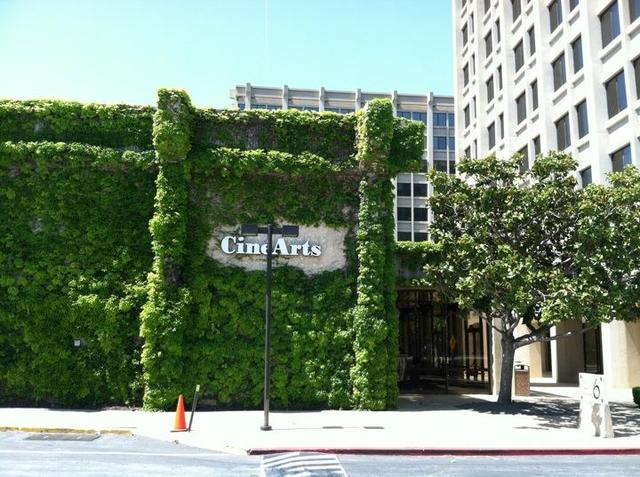 The Palo Alto Square 1 & 2, was opened on April 1, 1971 with Rod Steiger in “Waterloo” & Walter Matthau in A New Leaf". It was operated by Cinerama theatre, followed by Landmark Theatres until March 2001. It has reopened in Palo Alto under the CineArts banner. (CineArts is operated by Century Theatres.)

The company has now refurbished the lobby and the theatre’s seats. It was closed in March 2020 due to the Covid-19 pandemic. In late-June 2021 it was announced that the closure would be permanent.

An updated link to this theatre is here – http://www.cinemark.com/cinearts.asp

Was this built as a twin or is it a conversion?

The $15 million Palo Alto Square project was announced in June of 1969 as a commercial project with city involvement. The theatre was originally planned as an 800-seat single screen venue to be part of the office-hotel complex. Protests delayed the project and allowed architects to re-imagine the venue as a twin-screener. The Palo Alto Square I & II Theatre launched April 6, 1971 on a thirty-year lease with “A New Leaf” and “Waterloo.” The theatre was taken on by Landmark Theatres which closed it at the end of March of 2001 at the end of its lease.

Century Theatres took on the location changing it to the CinéArts at Palo Alto Square (not the Cine Arts, btw) likely on a new 30-year lease. At the half-way point of the lease, Cinemark announced its intention to close the location on August 4, 2016 shortly after the annual Jewish Film Festival. Successful protests which included more than 2,600 signatures staved off that closure and the arthouse resumed operations.

Cinemark closed the location in March of 2020 temporarily for the COVID-19 pandemic. The theatre remained closed on its 50th anniversary in the Spring of 2021. Likely approaching the end of a 20-year option in its leasing agreement, Cinemark announced in late June of 2021 that the Palo Alto location would be closed permanently.

•CinéArts at Palo Alto Square is the name of the complex not CineArts Theater.

•It was originally opened by the Cinerama Theatre Circuit (though didn’t feature Cinerama films).

•Landmark opened in 1974 and later took on this location

I believe it was actually opened by Blumenfeld Theaters. Though I think Cinerama was basically a partnership between Blumenfeld & Pacific Theaters in Northern California… though I’m not sure exactly how the ownership/evolution worked.

Cinerama Inc. began in 1950 and went public in 1952. In January of 1970, it took over RKO Stanley Circuit and is credited with opening the Palo Alto Square (see ad in photos). William Forman led Pacific Theatres as its President as a privately-held company. The two became intertwined when Forman became President and CEO of Cinerama Inc. late in 1963 and resumed his role as the President of Pacific Theatres with Cinerama remaining public and Pacific remaining private.

Scott is correct. Blumenfeld had their own ads at one point in the Sf Chronicle and SJ Mercury News. They also owned the 3 Regency theaters in SF, Alhambra and Royal also in SF as well as the Notorious MQ6 in San Jose and the Tiburon Playhouse 3.