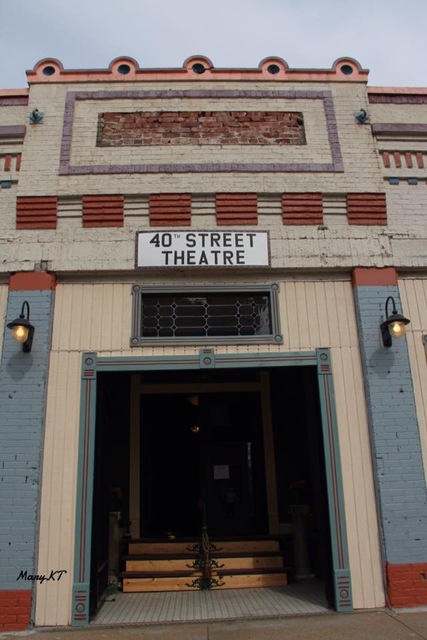 In 2016 it was restored back to its original condition and is now used as a perfoming arts centre.

This theater was recently purchased along with the other adjoining structures on the block. Restoration is in progress to convert it into a performing arts venue.

“Hargiss purchased the 35,000-square-foot building along with several nearby structures for a little more than $110,000, or about $2.50 a square foot. He moved his instrument shop there from Benson, where, he said, he was tiring of the party atmosphere.

He’s happy with the move. He and Thorsteinson live behind the stage in an apartment, and he said it’s wonderful: “It has been the most peaceful place.”

And, he said, despite those who disparage the neighborhood, his business has increased 40 percent since he moved there. He builds and repairs all varieties of stringed instruments. He also teaches others his craft.

Hargiss opened an antiques store next to the music shop in June 2013, and the theater was the next phase.

He knew that the building most recently had been a carpet shop and that it had housed Martin’s Pastry from the mid-1950s to 1977. From the outside it looked as though it had also housed a theater, but he didn’t know that for sure until he saw it on 1950s footage in a video from streetcar enthusiast Richard Orr."