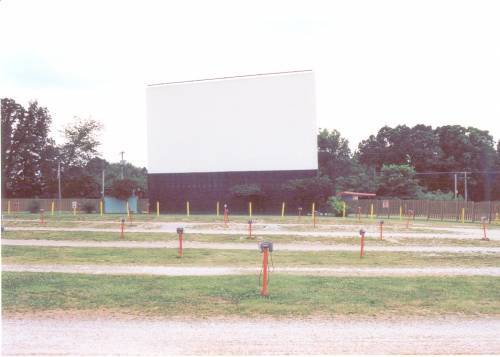 The 49'er Drive-in opened May 3, 1956 with Bob Hope in “The Seven Little Foys” and Walt Disney’s “The Living Desert”. This single screen drive-in has a capacity for 425 cars.

This place shows weekend double features and is a good bet for summer residents who live or vacation near the Indiana Dunes State Park/National Lakeshore. A blast from the past.

I have been there a long time ago. I was thinking of going back to see it some time this year. I liked it back in the 70’s When they put on some b movies.

Here are some additional photos:
http://tinyurl.com/y9gmzeq

Here is a view of the marquee and the screen:
http://tinyurl.com/y86vtal

Drive-ins are nice not much overhead.

A December 2010 blizzard knocked down the screen, but they got it back up in May to open for the 2011 season. (Photo here.) The owners said the original wooden screen had blown done years earlier “while a film was being shown.”

The name “The 49'er” comes from the name of the former highway it was located on, although Indiana 49 has been relocated just a bit to the east. 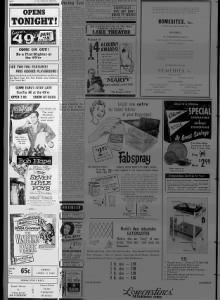