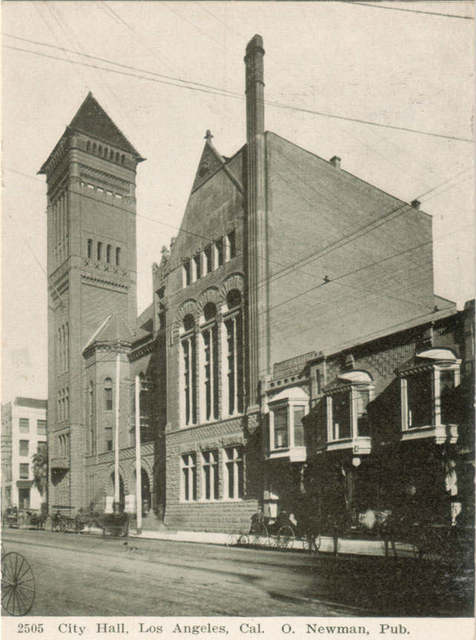 A nickelodeon theatre that was operating in 1910. By 1911 it was known as the Royal Theatre and was operated Arthur S. Hyman circuit.

In 2005 the building on the site is now in retail use being Alicia’s Bridal & Tuxedo Town store.

If anyone has any information on the Cedar Theater in Nevada City, CA, please let me know. This picture is from the UC Davis Collection:

Here is the building that occupies the space today:
http://tinyurl.com/yluolj

In April 1913 the LA Times reported that 246 S. Broadway had been leased to the California Post Card Co. I didn’t see any mention of the Cecil around that time, unless it only lasted three years.

The photo you posted (http://tinyurl.com/yluolj)is of 248-250 S Broadway. The Cecil/Royal Theater was to the north at No. 246, in the building which was replaced by the Hosfield/Victory Clothing Company building in 1914. See here: https://sites.google.com/site/downtownlosangelestheatres/broadway-theatres#TOC-Royal-Theatre

Bill Counter’s research (at tovangar2’s link) indicates that this house was called the Cecil Theatre only in the 1910 directory. In 1908-1909 and again in 1911 it was the Royal Theatre. In the absence of any city directories from 1912-1914 I don’t know if the house went back to the name Cecil after 1911, but for now I’m inclined to think we should also list the theater as the Royal, with Cecil as an aka, even though that might cause a bit of confusion with the currently-operating Royal Theatre in Sawtelle.