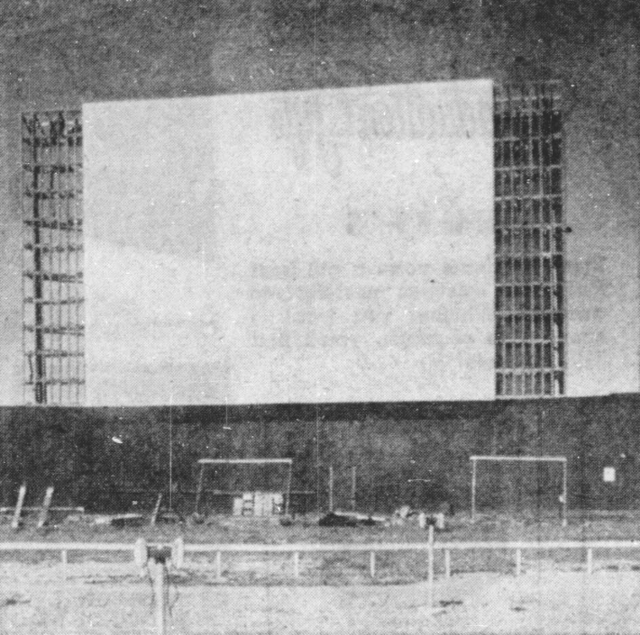 This photo of one of the Starlite’s screens (with some playground equipment in front) appeared in the May 20, 1955 issue of the Roswell Daily Record, which is probably in the public domain. The original caption:

One of the two largest screens in eastern New Mexico is seen above as it appears at the Starlite Drive-In Theatre on the west side. Finishing touches will be completed on this screen within the next week. A similar screen will be constructed on the east side of the double screen Starlite within a month. Both screens will then be used on which to project Cinemascope and other wide screen films under the stars at this Frontier Theaters Inc., unit. The jumbo screens as shown measure 45 x 90 feet and will afford patrons of the Starlie Drive-In some of the finest outdoor entertainment available in the country. (Staff Photo)

No one has favorited this photo yet